After many years of training and learning I opened my own Private Detective Agency in the early 1980’s.  I decided to never do any kind of divorce work.  I was intent to make a success doing all kinds of work, but never any divorce work.  In the first couple of years of my own Agency, I turned down many chances to do that kind of work, what I always considered “dirty work.” 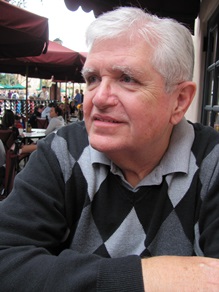 There was one other kind of client’s work that became a solid basis for keeping me busy, year after year.  That was a type of insurance that not many people know about.

When a person buys a house with a mortgage and puts less than 20% down as part of the purchase, the lender (bank or mortgage company) insists that the borrower also buy ‘Mortgage Insurance’ to cover that portion of the normal 20% down payment not paid by the borrower.

There are five major Mortgage Insurance Companies in the United States, and all five were on my client list.  They kept me and a few select employees (who had knowledge of real estate law) busy traveling all over the Western United States.

One case I was hired to investigate stands out as a good, and interesting, example of this kind of work: There were two ladies who were prominent Real Estate Brokers, each owning her own company.  These two ladies came up with a scam that made them rich . . . Temporarily.

These ladies would then make an offer to buy the other’s house, offering the false appraisal value.  Each would apply for a mortgage to buy the other’s house at different mortgage companies.  Because they were so prominent in the area, private mortgage lenders (not banks) used the false appraisal to lend the money to each.  Each would put less than 20% down – the one mistake they made out of greed for money.  After the purchase and after putting several hundred thousand dollars in their pocketbooks, these two ladies did not make payments on the mortgages, and they let the foreclosures begin.

After doing this several times the Mortgage Insurance Companies called me to look into what these two ladies were doing.  I spent a day in the Court House looking through real estate records.  It soon became clear to me that the ladies had been doing this two or three times a year for several years.

Approaching the two ladies would be useless.  Both were very smart, and neither would confess – Real life is not a Perry Mason TV show where the guilty person jumps to his feet and screams, “Yes!  I did it!  I’m guilty!”

So I approached the appraiser who I found to be a man trying desperately to raise a large family on a very moderate income.  The few hundred dollars the two Brokers paid him were important to him.  Knowing what was going on, I simply approached him and his wife in their home one evening.  I told him what I knew, and by the look on his face I knew I was right.

I told him he was facing years in prison for fraud.  His only chance to stay free was to come with me to the District Attorney’s Office and cooperate fully in the prosecution of the two Brokers.  He and his wife came with me and signed a statement.  The two ladies each spent seven years in prison and paid fines of $500,000 each.  They lost their businesses and Real Estate Licenses, of course.  The appraiser did lose his license to make appraisals, but he stayed out of jail.

All rights reserved.  This blog, in whole and in part, is the property of the author.  No part of this blog may be reproduced or transmitted in any form or by any means, graphic, electronic, or mechanical, including but not limited to photocopying, recording, taping, or by any information storage retrieval system, without the permission in writing from the author.

In accordance with the U.S. Copyright Act of 1976, the scanning, uploading, and electronic sharing of any part of the blog without the permission of the publisher constitute unlawful piracy and theft of the author’s intellectual property.  If you would like to use material from the blog (other than for review purposes), prior written permission must be obtained by contacting the publisher at admin@artleenovels.com.