After opening my own Detective Agency I had the privilege and opportunity to pick and choose what cases I would work.  After a year or two of opening the Agency I began to hire people and assign them cases I didn’t want to work myself.  At its peak I had an Office Manager, three office staff, and eleven Investigators.  But there were two types of work I refused, even if I had Investigators who could do the work.  These were any kind of divorce work – because there is never a winner in that work and it is very depressing – and what is known as Sub Rosa, which is surveillance work – because it is boring and doesn’t take any intelligence or thought process.

For a period of a little over one year I did, in fact, experiment with Sub Rosa.  I bought a van fully equipped with electronics and a periscope to secretly video tape and eavesdrop on people.  I actually sat in that van once and only once.  My other people took turns in it and after a year I sold the van and moved on.

The work I really enjoyed was missing persons and criminal cases.  I did many of these cases over the years, and as I explain to people, many were routine and forgettable.  One of those that was not forgettable took me once again to Las Vegas.

Las Vegas was a place I worked in frequently.  Oh yes, it is a fun place to visit.  The shows and gambling are always fun, but it is a town that attracts low life, too.  If you’ve ever been to Las Vegas you know that just a few blocks off “The Strip” the town sinks into cheapness.  And the cheapness is filled with criminal types of all kinds.

I had two law offices in Las Vegas on my client list.  An attorney from one of them hired me to investigate a charge of assault and robbery against his client.  The client, a man in his late twenties, had been in prison twice before and if convicted a third time would spend most of the rest of his life in prison.  At the time he was in jail in Oregon awaiting extradition.

The client had been accused of forcing his way into a local shop, in the less reputable part of town, late one Saturday evening.  The old man who owned and ran the shop was brutally beaten, and his hands and feet were bound very tightly with a lot of hemp twine and duct tape.  He was left unconscious on the floor of the shop as the client stole what he wanted from the shop.

The old man lay bleeding on the floor of his shop that night and all the next day – Sunday – and when his shop was not open Monday morning, someone phoned the police.  The old man was taken to the hospital where he spent five days recovering, but because the cord and duct tape on his wrists was so tight, he lost four fingers from lack of blood flow.  He did make an I.D. of the client, a man who had an arrest record in Nevada.  The record showed he was from Oregon, and a warrant was sent there.  He was found quickly, and the police made an arrest.

Because the client had a long arrest record and two prior convictions he was considered a flight risk, and bail, at the request of Nevada authorities was denied.  He remained in Oregon State Prison when I spoke with him.

Because of the victim’s I.D. and the client’s criminal record, there wasn’t much I could do for him.  His only chance was to prove the police had the wrong man.  To do that I had to prove the client was somewhere else when the crime was committed.  I spent an hour in jail talking with the young man.  As with so many petty criminals I found him to be not the brightest light bulb in the chandelier.  I took Polaroid shots (Polaroid cameras were the big thing before digital cameras) of his face and profiles, and the various tattoos he sported.  He gave me a list of half a dozen people whom he said he had been with the day of the robbery.  I went off to see what I could do.

My standard procedure when starting these criminal cases was to learn who the accused really was.   I had read through his criminal record and the police report, but that told me little of the man.  So I went to the jail’s property room and looked through the envelope that held what the client was carrying when he was arrested.

A person’s wallet (or the purse of females) can tell you a lot about a person.  There are often photos, business cards, notes, addresses, many things that record where a person has been, what they like, and who their friends are.  The accused man’s wallet was fat and old, stuffed with cards from Las Vegas strip clubs and nude bars.  There were a few photos of unidentified people, scraps of paper with phone numbers on them, two wrapped condoms, and $18.00 in cash.

In the evidence room envelope was one other item that drew my immediate attention.  A gold Rolex 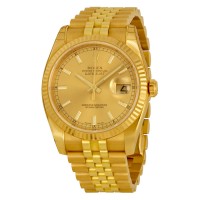 wristwatch.  I knew that a low life with $18.00 in his wallet could not afford a Rolex.  I also knew that the police report did not list a Rolex as having been stolen the night of the robbery.  I wrote down the serial number on the back of the watch.

In my office I ran the few phone numbers I had found in the wallet.  All but one had been disconnected.  The one that worked was for a woman who resided in Las Vegas.

I also ran the ownership record of the Rolex wristwatch using the serial number engraved on the back.  It was registered to a man from Wisconsin.  Tracing him, I found a missing person’s report on file in Madison.

With that I was off to Las Vegas.  My first day was spent speaking with the list of people the accused said he had been with the day of the robbery.  All but one denied having been with the young man that day.  The one who did not deny it was in Clark County Jail.  I went there to interview him.  He told me without hesitation that if I deposited $200.00 into his prison account he would testify that he was with the accused at a bar the night of the robbery.  I walked away, needless to say.

The Rolex watch was stuck in my mind.  I went to the Las Vegas police and the Clark County Sheriff and found that the Wisconsin Missing Person’s Report had been forwarded to each office, as the last place the missing person had been known to be was Las Vegas.

There was one phone number from the accused man’s wallet that was still active.  I went to speak with the young lady who owned the number.  She was a cocktail waitress in a major casino.  Yes, she knew the accused and didn’t like him.  He had been bothering her for a year or two.  He had been escorted out of the casino by security on more than one occasion.

I had a hunch – I’m always having hunches! – and asked her if she knew where the accused had gotten a Rolex watch from a man who was now missing.  She said she did but she was very afraid of the accused.  I tried to assure her that the young man was going to prison.  But, she argued, he would be out one day.

I stayed with her and finally was able to get her to tell me about the wrist watch.  The accused had, one night, offered this woman the Rolex if she would go to bed with him.  He bragged that he had murdered a man to get the watch for her and had buried the man in the desert.  She refused, and for that he beat her badly.  She was so frightened that she did not go to the police.  And she said she would not go to the police with me nor testify in court about the murder.

I spent the next few days going from low end casinos to strip bars to nude bars with the photos of the accused, trying to find someone, anyone, who knew the man and could help him out of his dilemma.  A few people knew him and didn’t like him.  No one said they were with him the night of the robbery.

In the end, it meant nothing.  The accused man’s Oregon attorney, who was representing him on the extradition, had gotten the young man released on $500,000 bond, put up by the accused man’s various family members.  One evening, while driving alone in Portland, he was stopped by the Highway Patrol.  As the officer approached his car, the young man put a pistol to his head and killed himself.

Because he had taken his life, the restraints of attorney/client privilege ended.  I wrote a report to the Las Vegas Police.  They did find the missing man’s body, and the missing person’s case was closed.

All rights reserved. This blog, in whole and in part, is the property of the author. No part of this blog may be reproduced or transmitted in any form or by any means, graphic, electronic, or mechanical, including but not limited to photocopying, recording, taping, or by any information storage retrieval system, without the permission in writing from the author.

In accordance with the U.S. Copyright Act of 1976, the scanning, uploading, and electronic sharing of any part of the blog without the permission of the publisher constitute unlawful piracy and theft of the author’s intellectual property. If you would like to use material from the blog (other than for review purposes), prior written permission must be obtained by contacting the publisher at admin@artleenovels.com.