CHRISTMAS. The word itself, in recent times, has drawn much controversy and often demands that the overt celebration of Christmas be denied, that the celebration should be limited to inside one’s home and church, and not in the public domain. So, just what is Christmas? 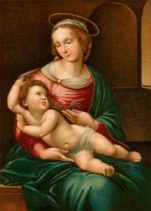 To find the truth of Christmas we must first define what the word means. MAS is derived from ancient Latin bastardized through centuries of Germanic based languages to MAS or MASS, a verb meaning celebration or gathering as used by Christian Europeans throughout the ages. And yes, there are other meanings and I am sure people reading this will have their own meaning of the word. But through the early AD centuries to modern times the word is used as I have described by Christians to celebrate their religious beliefs.

When Christ is added to the derived word Mas, we have the definition: “A celebration or gathering to honor Christ”.

But now we are faced with the big question: Who was Christ? There are two sources for who this person was; Religious teachings and history. I will leave the religious teachings to those best educated in Religion. History is something everyone can study and – hopefully – believe. For the history of Christ we have a contemporaneous source: Titus Flavius Josephus.

Josephus, as he is commonly referred to, was a First Century AD Jew (he was born and lived most of his life in the BC era but lived at the time of Christ).  He held Roman citizenship in later life and was a historian, in that he recorded in writings for posterity what he saw during his life. His life was lived in the area of Jerusalem. And in his many writings is the very minor entry of a man called Jesus Christ. The fact that Jesus Christ did exist therefore is historical fact. Dispute that fact if you like, but you will then be disputing the written, first hand history of a non-Christian.

Other contemporaneous writings (mainly by the followers of Christ in his adulthood) document that Christ was a Jewish Rabbi who taught a different kind of thought; that respect for life – all human life – was important. In his time, slavery was common, brutality was entertainment, totalitarianism was law, agonizing death (often by crucifixion) or slavery for life was the punishment for most crimes, and common life was considered unimportant. His teachings became popular amongst the poorest of the poor, and after his death a new branch of Judaism was practiced. Two centuries after Christ’s death Christianity was born as a new religion, amidst terrible persecutions by the Romans.

Jesus Christ is believed to be God, or the Son of God, by Christians worldwide. Multi-millions of Christians of dozens of denominations celebrate the birth of Jesus Christ and call that celebration “Christmas.” Christ is recognized by Jews and Muslims as a great prophet but not a god. Christ can be honored as God, Messiah, prophet, or simply a man who taught peace and love of your neighbor.

Yet, Christmas is singled out as unacceptable for any public celebration. Stores depend on the Christmas season for a great part of their annual profit, yet in the stores we see “Happy Holidays,” and many store employees are told not to say “Merry Christmas,” . . . . For fear of offending someone?

The First Amendment states: “Congress shall make no law respecting an establishment of religion, or prohibiting the free exercise thereof; or abridging the freedom of speech, of the press, or the right of the people peacefully to assemble, and to petition the Government for a redress of grievances.”

Once again, an understanding and study of history must be at hand to understand what this Amendment to our Constitution means. At the end of the 18th Century the new Nation called The United States of America had just won a long and bloody armed revolution fought against the most powerful Nation on the planet at the time. The British were defeated and the people of the new Nation had to form a new society and a new Government that had been so sorely fought for.

The people populating the new Nation before the Revolution had travelled from Europe to escape the lack of freedom prevalent in Europe at the time. In England, King Henry VIII had split his realm from Catholic Rome and established a new religion, The Church of England, under Protestant precepts. King Henry demanded that no other form of Christianity be allowed in his kingdom. Catholics were persecuted and killed, too often ‘burned at the stake’, if they would not convert to The Church of England. Tens of thousands of people migrated to the ‘New World’ in order to practice their religious beliefs in freedom.

When the Revolution had been won, the Founding Fathers sought to ensure that the ‘freedom’ they had fought so hard for included freedom to practice any religion a person wished. They stated in the First Amendment that the new Government would never do what the kings and queens of England and Europe had done, establish a mandatory State religion that, under penalty of law, everyone had to practice regardless of personal beliefs. But they also added a passage that seems to be ignored today: “….. or prohibiting the free exercise thereof ….”

According to the Constitution, every person has the right to openly and freely say the simple words, “Merry Christmas.”

It seems that the two phrases, separated by only a grammatically necessary comma, are often separated by more than that. The idea that Christianity should be prohibited from public discussion and display of any kind assumes that saying the word ‘Christmas’ is prohibited by the Constitution when in fact the Constitution clearly is intended to stop Government from establishing any religion as a State religion, not from the free practice of religion. No demand is made upon anyone when Christmas is celebrated. According to the Constitution, every person has the right to openly and freely say the simple words, “Merry Christmas.” The offense at hearing these words lies in the closed minds of those who wish to ‘establish their own beliefs’ as a national standard. Every religion has the absolute right to celebrate its holidays and holydays openly and publicly, without Government or other persons limiting those practices.

Atheists are vocal that publicly celebrating Christmas anyplace other than inside one’s home in private is either illegal or an insult to their beliefs. And Atheism can truly be classified as a belief, a ‘non-religious’ belief that in opposition to Christian and every other religious belief, states that there is no god of any kind. Therefore, it seems reasonable to assume that by Government and Courts, a branch of Government, honoring the beliefs of the pseudo-religion of Atheism and not allowing the public celebration of Christmas by Christians, Government and the Courts are, in fact, establishing a religion that everyone must adhere to, regardless of one’s personal beliefs. Even privately owned stores that refuse to mention ‘Christmas’ do so in fear of offending non-Christians and winding up in a court that will find for the non-Christian.

A question was asked of me the other day by a good friend. “Why is Christmas celebrated in the cold of December?” My answer is, as usual for me, based in history.

The fact that Jesus Christ was born is irrefutable, there is simply too much written history on the subject. But why celebrate that birth on December 25th? If written testaments are to be believed there were ‘shepherds in the hills tending their flocks.’ Well, even I, a city born guy, know that in mid-winter, sheep and cattle are taken from the hills to the valleys and whatever protection there is from the winter weather. It is unlikely that on December 25th any shepherd with experience would have their flocks in the cold, snowy hills.

Josephus documented that the Government of Rome had dictated that an empire wide count of the empire’s population of people and animals be made so that taxes might be collected – and increased if the excesses of Rome documented in history are to be believed. The Bible says that Mary and Joseph travelled to Bethlehem because of this, to register themselves as members of the family of David.

At about that same time, according to science history, Haley’s Comet appeared in the sky for an undocumented number of days. Scientists and historians seem to agree that Haley’s Comet is probably the star followed by the Three Kings and others who came to Bethlehem. That cannot be called fact, only speculation.

Two Centuries after the death of Jesus Christ, Christians established what is today December 25th as the day to celebrate his birth. In the ancient Roman calendar, there was a Roman festival of Dies Natalis Solis Invicti, or “Birthday of the Unconquered Sun,” corresponding to the 25th of December. Many historians believe – although this is often disputed – that Christians of the early AD centuries took this date as the celebration of the birth of Jesus to overtly conflict with the ‘heathen’ Roman celebration.

King Herod – the Roman appointed king of Jerusalem which incorporated Bethlehem – was advised by his priests and seers that a Jewish leader, a Messiah had been born who would overthrow King Herod. This was documented by Josephus.

All this history should bring even the most unbelieving unbeliever to recognize that there really was a Jesus Christ. And understanding that our own Constitution allows free and open religious celebration should bring those same unbelievers to realize that one person openly celebrating the birth of Jesus, either in a religious fashion or a secular fashion, should not be offensive to them.

So, to wrap all this up:

MERRY CHRISTMAS TO ALL!