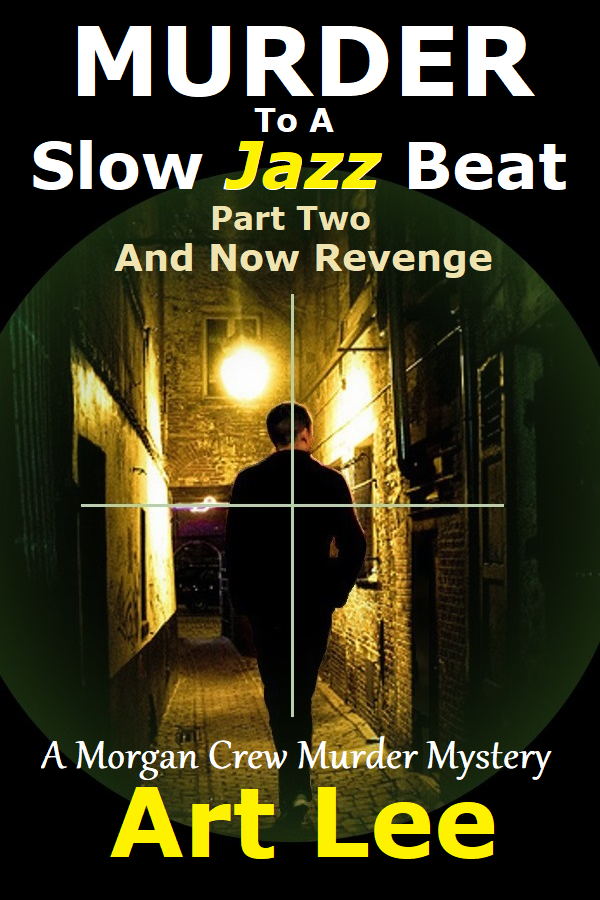 This exciting book is Part Two of Murder To A Slow Jazz Beat, by renowned mystery author, Art Lee.  And it is Book 11 of the Morgan Crew Murder Mystery Series.  At the end of Part One, “The Killing,” Morgan knows he has rid Europe of a notorious paid killer and has helped to protect Israel from terrorists.  He and his gorgeous wife Sandy are ready to fly home from Paris.  What he does not realize is that there is a price to pay for his deeds, and now certain secret criminal organizations want Morgan dead.  He waits one day too many to leave Paris and is arrested for a murder he did not commit.  He is held in a Paris prison that is full of Arab terrorists, and Sandy fears he will be killed there.

Out of desperation, Sandy goes to a wealthy friend, Joseph Cross (introduced in A Deadly London Fog and starred in Wait Until The Dark of Night).  Cross owns a famous casino in London and is an adventurer who makes most of his money smuggling diamonds and weapons.  He and his large, burly protector Billy Volgar agree to help.  What follows is one terrifying attempt after another to try to prevent the assassination of Morgan’s whole family.  It’s a thriller that will leave you breathless with suspense.